Lovettsville Homes and Condos for Sale

The town of Lovettsville, North Virginia, was established in 1836 and was settled primarily by German immigrants. Until today, the city has maintained a population of no more than approximately 1,600 people. The town of Lovettsville got its start when in 1722 the Treaty of St. Albans made the Blue Ridge Mountains a buffer between the Native American tribes and the first white settlers in the area. At this point in the town’s history, Germans began to move to the Loudoun Valley to farm the fertile soil. Due to the large German population, before it was called Lovettsville, it was called merely “The German Settlement.” In 1820, David Lovett turned his land into individual quarter-acre lots and formed a town called Newtown. As the city experienced a boom in population, the name was changed to Lovettsville in 1828. Though the General Assembly has designated it as a town, it was not officially incorporated until 1876. During the Civil War, the Union troops used Lovettsville as a place for crossing the vital Potomac River. In addition to that, at present Lovettsville is listed in the National Register of Historic Places.

Being that Lovettsville is only an hour away from Washington, D.C. via VA-267 East, owning property here allows you to enjoy a small-town atmosphere while being able to partake in the vast amenities available to you in the D.C. area. One of the things to do here is to visit Furnace Mountain which features the tallest mountain peak in Loudoun County. Here you can go hiking, fishing, or take in nature’s beauty. Then you have Hiddencroft Vineyards LLC located at 12202 Axline Road, which is one of many wineries in the area. Patrons like to come here to enjoy great wine and take in the surrounding nature as they sit out on the decks. If you’re looking for more excitement, travel to Washington, D.C and visit some of the many cultural and historical sites, such as Burke Lake located in Fairfax which is a 218-acre freshwater reservoir inside Burke Lake Park. The lake is 55 acres and offers wranglers four and a half miles of fishable shoreline, while the park is almost 500 acres and offers trails for hiking, running, and cycling. Furthermore, the park also has a golf course for those looking to play a few rounds. Looking for a great place to shop and dine? There is Fair Oaks Mall, also in Fairfax, offering big name brand stores such as J.C. Penney, Lord & Taylor, Macy's, Macy's Furniture Gallery and Sears. The mall has tasty food options such as the BRIO Tuscan Grill, Cinnabon, Cold Stone Creamery, and the Mezeh Mediterranean Grill.

The state of Virginia offers some of the most multifarious real estate in the United States. The town of Lovettsville is a perfect example of this, offering a wide range of home plans that include Victorian, Tudor, Colonial, Classical American, Traditional, Cottage, Ranch, Italianate, European, and others. Single-family homes in Lovettsville, Virginia, offer many different kinds of amenities such as tile floors, granite countertops, varnished hardwood floors, stainless steel appliances, formal living and dining rooms, and library, just to name a few. They range in size from three bedrooms, two baths, and 2,464 square feet to six bedrooms, five bathrooms, and 13,380 square feet. Furthermore, if you’re looking for lots in Lovettsville, you can find a good selection of them here. If you would like to learn more about homes for sale in Lovettsville, North Virginia, please contact us today so we can assist you.

WELCOME TO YOUR PRIVATE MOUNTAIN RETREAT! NEED SOME PRIVACY, A QUIET COUNTRY ESCAPE, A PLACE TO SIT AND ENJOY THE SOUNDS OF NATURE...THIS CUSTOM LOG HOME IS FOR YOU! Sel...

Certified Organic soils on this 10.15 acre lot. The open concept Eisenhower plan is sited on a rolling, wooded lot in Lovettsville. This home has a front porch with m...

Certified Organic soils on this 5.42 acre lot. The open concept Cleveland plan is sited on a rolling, wooded lot in Lovettsville. This home has a front porch with a 3...

The "Ravenwood" is one of the largest floor plans in the neighborhood. With 3 finished levels backing to walking trail with easy access to Downtown Lovettsville. Family r...

Check out this beautiful, 50-acre farm featuring mountain views in Lovettsville, Virginia. The property includes 2 large barns, a farmhouse, 2 ponds, and other buildings ...

Downey Farm is a new community in the Lovettsville countryside with delightful homes and picturesque views. Priced here is the Kingsbury Place and 10 other plans are avai...

Improved price! Plus, for information on loan programs that may lower your mortgage payment for this property, reach out to Evan Kay at Freedom Bank Mortgage, a local len...

Please see 3 D Matterport in Virtual Tour section. No HOA! Welcome to this Classic & Pristine Colonial Farmhouse being offered for the first time by the original owners....

Welcome to your private oasis on over 25 acres in the wonderful town of Lovettsville, located in coveted Loudoun County. So close to the city but feels like you’re out i...

PHOTOS ARE EXAMPLES OF POWERS HOME CONSTRUCTION AND NOT NECESSARILY INCLUDED IN BASE PRICE-HOWEVER THERE ARE MANY WONDERFUL STANDARD OPTIONS!!MANY PHOTOS REFLECT THE $959... 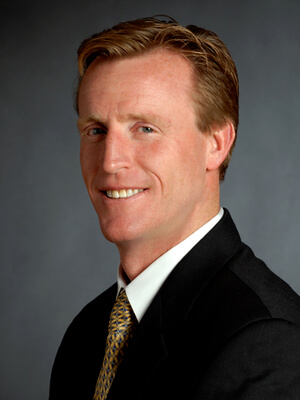